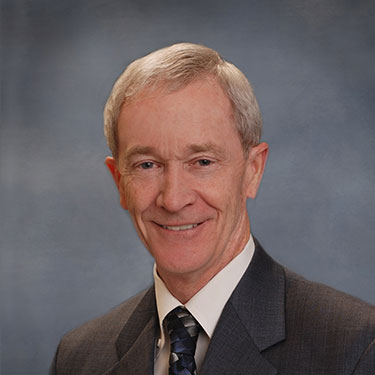 W. Patrick Grimm has resided in San Diego County since 1976. Mr. Grimm received a Bachelor of Arts degree in Business Administration from Loyola Marymount University in 1972 and, after graduation and through 1976, he was a B-52 combat-qualified pilot in the United States Air Force. Following his Air Force service he enrolled in the University of San Diego School of Law, where he earned a Juris Doctor in 1979.

Mr. Grimm has been with the firm since 1980 and became a partner in 1986. He was admitted to practice before all the courts of the State of California, and all of the United States District Courts in California. Mr. Grimm was a mentor with the Big Brothers Big Sisters Program, and was a volunteer coach for elementary school basketball programs. Mr. Grimm retired from the firm in 2018.